People accuse Southern California of not having any real history or culture, but it all depends upon where you look. Nestled at the foot of a beachside cliff in beautiful Laguna Beach, CA, there sits a 60-foot castle-like tower that has come to be known as La Tour (or sometimes Pirate Tower among the locals). Originally built in 1926 as part of The Norman House on the cliff directly above it, La Tour is made of poured concrete with an ocean stone foundation. A pointed roof made of shingles sits upon its crown, ornate metal grates adorn the foot of the tower, and there are several narrow window openings along its height, splashing sunshine and ocean breezes on the tall wooden spiral staircase inside. 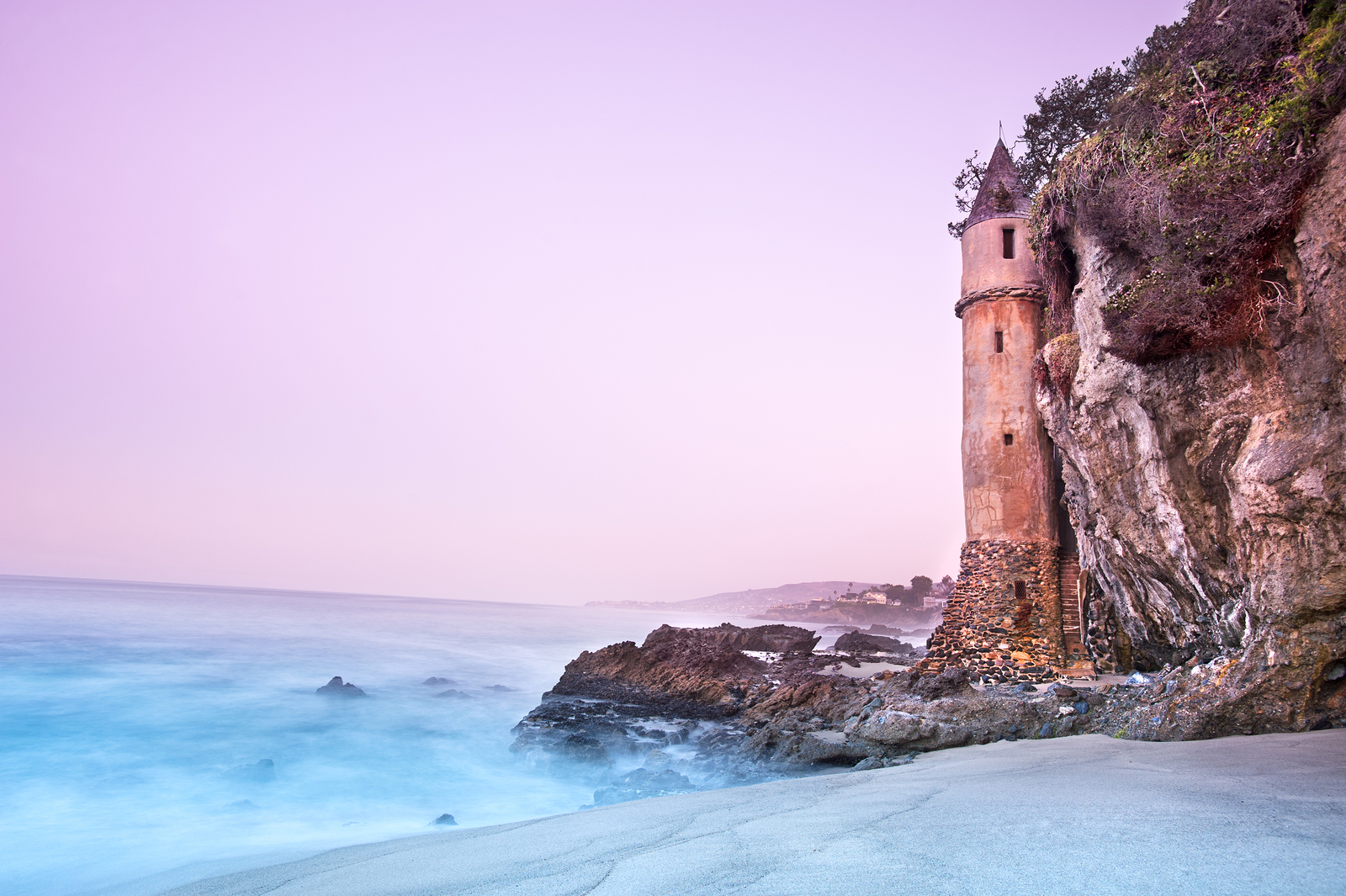 The Norman House and La Tour were built for California State Senator William Edward Brown as a summer home (I’ll withhold comment on whether the Senator actually needed a summer retreat from his undoubtedly luxurious Beverly Hills home 40 miles away). It was inspired by French chateaus that the Senator saw in his time in France during World War I, as was a popular design choice among California residents at the time. The Norman House is one of the few remaining examples of this architectural style in the area. Adding to the surrounding section of Victoria Beach where La Tour is constructed is a large, round cement pool, also believed to have been built by Senator Brown. It still collects water when the ocean tide is high enough, but has filled with sand over the years of disuse.

As mysterious and displaced as the tower might seem upon initial viewing, its practical application is really quite simple – it served as a regal staircase to the Norman House above. However, when Senator Brown later sold the property to a retired Naval officer named Harold Kendrick, La Tour’s new owner took it upon himself to give the tower an air of something a little more adventurous and fun. Namely, that of pirates. Mr. Kendrick used to dress up as a scourge of the seven seas and hide coins in and around La Tour, inviting neighborhood children to come and find them. What they managed to find, they were allowed to keep. Not a bad deal, and probably the origin of the Pirate Tower nickname. However, given the uneven and fairly treacherous rocks surrounding the area, I can’t even imagine how many insurance nightmares and helicopter parent meltdowns this scenario would’ve caused today. But hey, pirates! Good for you, Harold Kendrick.

The Norman House and La Tour was later owned by Bette Midler, who was in ‘Beaches’. Get it? ‘Beaches’.